The Science & Symphony project consists of live performances of classical music works accompanied by high-definition science films produced specifically for these music works. By partnering with symphony orchestras, scientific, and educational institutions, this project connects disciplines such as astronomy, photography, music, and storytelling to increase the understanding and appreciation of these uniquely human endeavors, and open them to ever-broader international audiences. As of early 2020, these films have reached more than 440,000 people in concert halls and educational institutions spanning more than 100 cities in 19 countries.

The films feature images, animations, and science visualizations from NASA, the European Space Agency (ESA), the National Center for Supercomputing Applications (NCSA), as well as historical illustrations. They follow the tempo and tone set by the music, and are intended to be art pieces that aim to inspire audiences and encourage them to learn more about the music and the universe. All performances also include a lecture about the music and science behind the films, and the creative process involved in creating them. 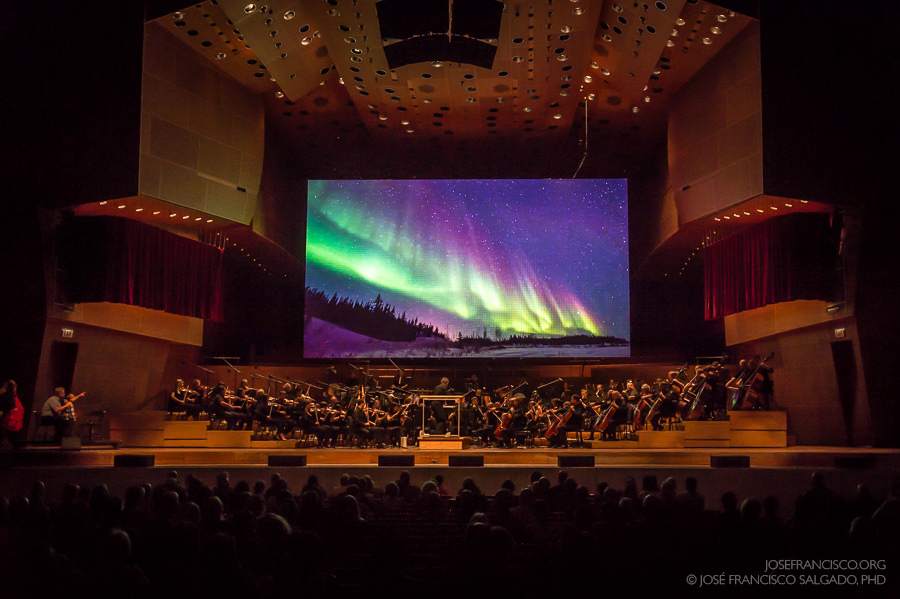